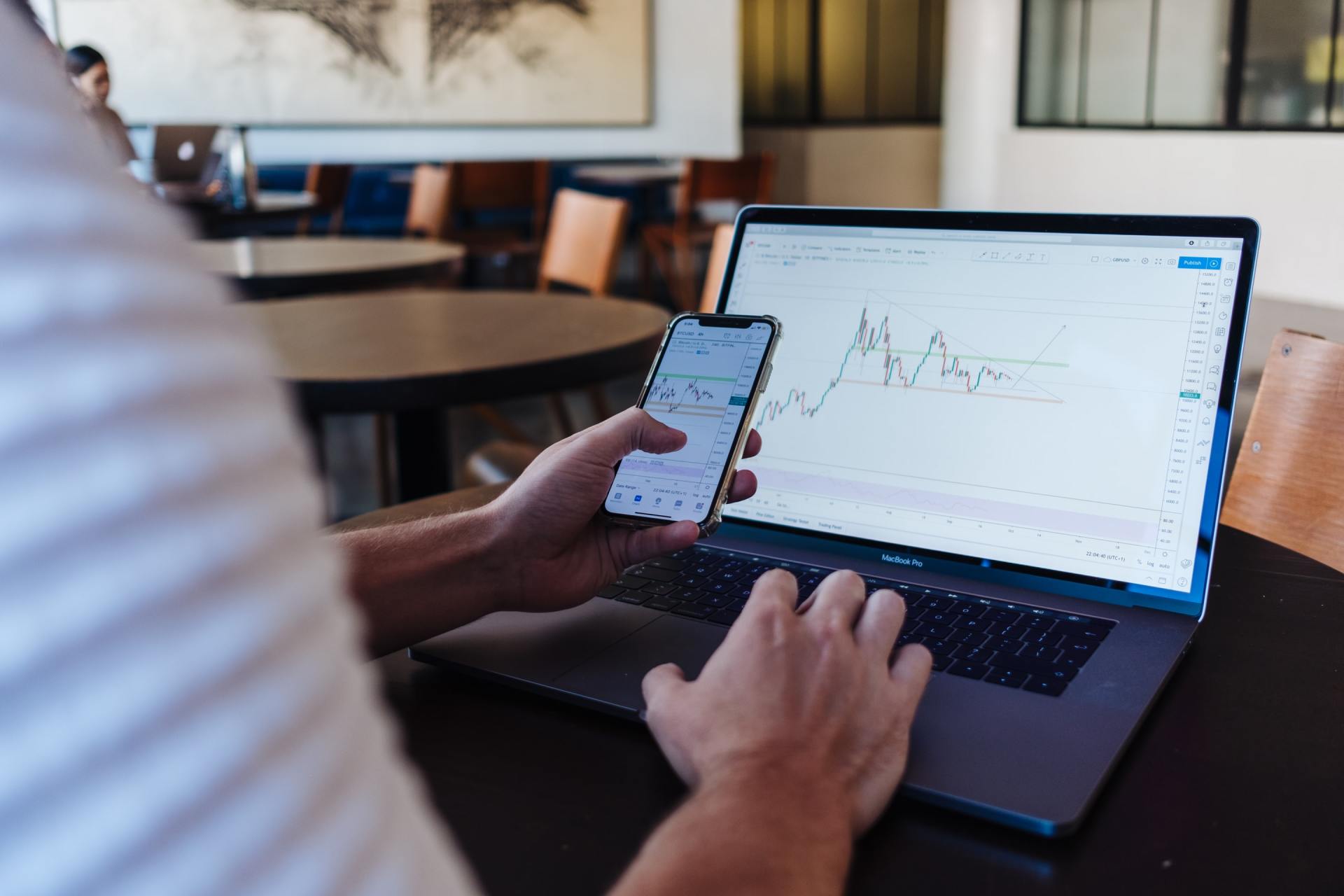 Anyone with experience trading on Uniswap can tell you it’s tricky, to say the least. Uniswap is the world's top DEXs (decentralized exchanges) at this time. The platform rose to fame via a combination of factors, including the ability to seed any market. As such, the network plays a vital role in providing liquidity for new projects.

In the Uniswap ecosystem, users need to first seed their market. This task requires developers to load both the project’s token and ETH into a pool. Once the market is open to the public, anyone can provide liquidity to the pool and earn rewards. When an investor provides liquidity to these pools, they receive LP (liquidity pool) tokens in return.

These tokens represent their investment and the overall value of the pool. The more liquidity in the pool, the more value these LP tokens hold. In theory, the concept works great. However, whales and nefarious developers can put a monkey wrench in the entire process when they unexpectedly remove liquidity from the pool.

As of late, Uniswap has seen its share of rug pulls. These scamsters intensified their efforts when DeFi (decentralized finance) began to take flight. The combination of these new technologies and investors’ FOMO (fear of missing out) has led to a dangerous scenario in which investors are at the mercy of developers. As you would imagine, it doesn’t end well for the investors when this is the situation.

This year has seen an uptick in large platforms exiting the market unannounced. In one highly-publicized incident, the founder of Sushi Swap left investors high and dry. In this particular scam, the main developer behind the project decided that he would rather have the full liquidity to himself rather than using it on furthering his project.

Sadly, Chef Nomi unexpectedly cashed Sushi Swap out tokens in exchange for 37,400 ETH. At that time these tokens were worth about $13 million. Consequently, Sushi Swap prices crashed. However, the project wasn't a total loss as Sam Bankman-Fried, CEO of the cryptocurrency exchange FTX, stated he would take control of the project. Not every project is so lucky.

It would be hard to argue the crucial role that Uniswap plays in the market today. However, the platform is not perfect. Its lopsided approach leaves much to be desired by investors. It’s in these areas of possible improvement that Unicrypt fills the void perfectly.

Unicrypt introduces a proprietary token launch and liquidity lock mechanism into the network. The way this system works is simple. Unicrypt leverages a new smart contract known as Liquidity Lockers. These smart contracts allow developers to publicly lock liquidity on Uniswap for a predetermined period.

The goal of the project is to restore lost trust in the market and provide investors with more protection. Not surprisingly, the concept has proven to be a major success. The network currently shows $47.44 million in locked liquidity across 2509 liquidity lockers. Consequently, Unicrypt lockers are the most popular locking protocol in the Uniswap ecosystem.

The Unicrypt browser works hand-in-hand with the locking protocols. Users can easily browse through all locked liquidity pools on Uniswap utilizing this browser. The portal provides all the relevant information for each locked pool such as the termination date and total funds locked. In this way, investors can make an informed decision. Additionally, projects that utilize Unicrypt see more investor exposure.

There are two token types the Unicrypt network utilizes to provide investors with more protection and control. The first token is the UNCX token. This token functions as a deflationary governance and utility token. The more UNCX tokens a user holds, the more say they will get in the network's voting system.

Additionally, UNCX token is what developers use to pay fees. Specifically, most projects will fall under a flat fee of 1 ETH + 1% of the liquidity tokens locked. Notably, larger projects pay 100 UNCX tokens +0.8% of the liquidity tokens locked. Keenly, these 100 UNCX tokens are burnt. As of late, deflationary DeFi protocols have been a top priority for developers. Their concerns are valid as up until their introduction, platforms had little control over their token's value.

Interestingly, Unicrypt offers Yield farming-as-a-service Dapp. Participants enjoy higher ROIs because they earn 0.3% fees on any liquidity provided to Uniswap plus the yields stated in this Dapp. This strategy has led the platform to see continued adoption. Unicrypt currently shows around $790,000 locked in yield farming contracts at this time. Developers stated that they are working on the largest farming pool to date. No official release date was mentioned as of yet for this pool.

The UNCL token functions as the sustainable yield farming token of the platform. Users can farm this token to receive rewards. The more tokens you farm and the longer your contract, the more rewards you receive. There are 143,195 UNCL in circulation currently. Impressively, users will gain the ability to stake UNCL tokens soon

Unicrypt's intuitive interface makes it easy to invest in liquidity pools. You can utilize the browser to narrow down your search to only top-quality projects. Impressively, the browser makes it easy to track and monitor all of your farming activities in real-time as well.

Savvy developers understand that investors want some sort of guarantee that their money will not be stolen. Until recently, this promise wasn't an option. Now, developers can lock their liquidity up for years to demonstrate to investors their commitment to a long term strategy. Best of all, investors seek out Unicrypt locked projects because they know that these are the platforms that are most likely to succeed.

Any developer can lock their project in Unicrypt. In this way, it complements Uniswap's open listing policies perfectly. Developers were wise to not impede on Uniswap's strategy but rather to expand on it in a way that builds confidence in the network at a time when it’s needed most.

Unicrypt Takes Uniswap Up a Level

The developers behind Unicrypt succeeded in complementing Uniswap in a manner that is conducive to further growth in the sector. Investors need protections such as locked liquidity mechanisms to build confidence in the fledgling market. Consequently, Unicrypt serves a valuable niche that is set to expand in the future. For now, users and developers can differentiate their projects from the masses utilizing Unicrypt's unique system. Also, liquidity Lockers smart contracts are built in with the Uniswap v3 upgrade planned for the coming weeks.

< Older Post
Share
Tweet
Share
Mail
Disclaimer: This is not trading or investment advice. The above article is for entertainment and education purposes only. None of the content on Crypto Folds is investment advice nor is it a replacement for advice from a certified financial planner. Please do your own research before purchasing or investing into any cryptocurrency. 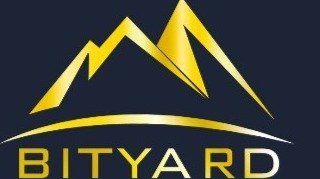 Bityard is All in One Cryptocurrency Exchange!

23 Dec, 2020 •
Lately, I've been starting to explore the world of “trading”. I started to do spot trading on Binance but before that, I did the demo trading on Stormgain because Binance doesn't have demo trading. From that, I have seen the difference between the two exchange both of them have jargon details or buttons that is very skeptical of a newbie trader. Then, here comes Bityard the all in one cryptocurrency exchange. I have tried the platform with the demo accounts. Why it's all in one? B ﻿ ityard has many advantages from perks, cool features, and of course its safety. Here's what you can see on the said Exchange; Demo Trading Copy Trades Promotions - (Welcome Bonus & Mining) Contest Affiliate Program Good customer service Security - (Regulations, Exchange Security, Communication security, & Users Security) and a lot more... Demo Trading

How to make money with Bitcoin Robots?

23 Dec, 2020 •
The Bitcoin Robot is an automatic trading software that uses sophisticated algorithms and mechanisms without any human intervention. It scans and browses the Bitcoin markets. For a trader to be on an always profit side, these Bitcoin robots scan the signals of the Bitcoin market and make the decision of buying and selling. They execute a trade on behalf of the trader. 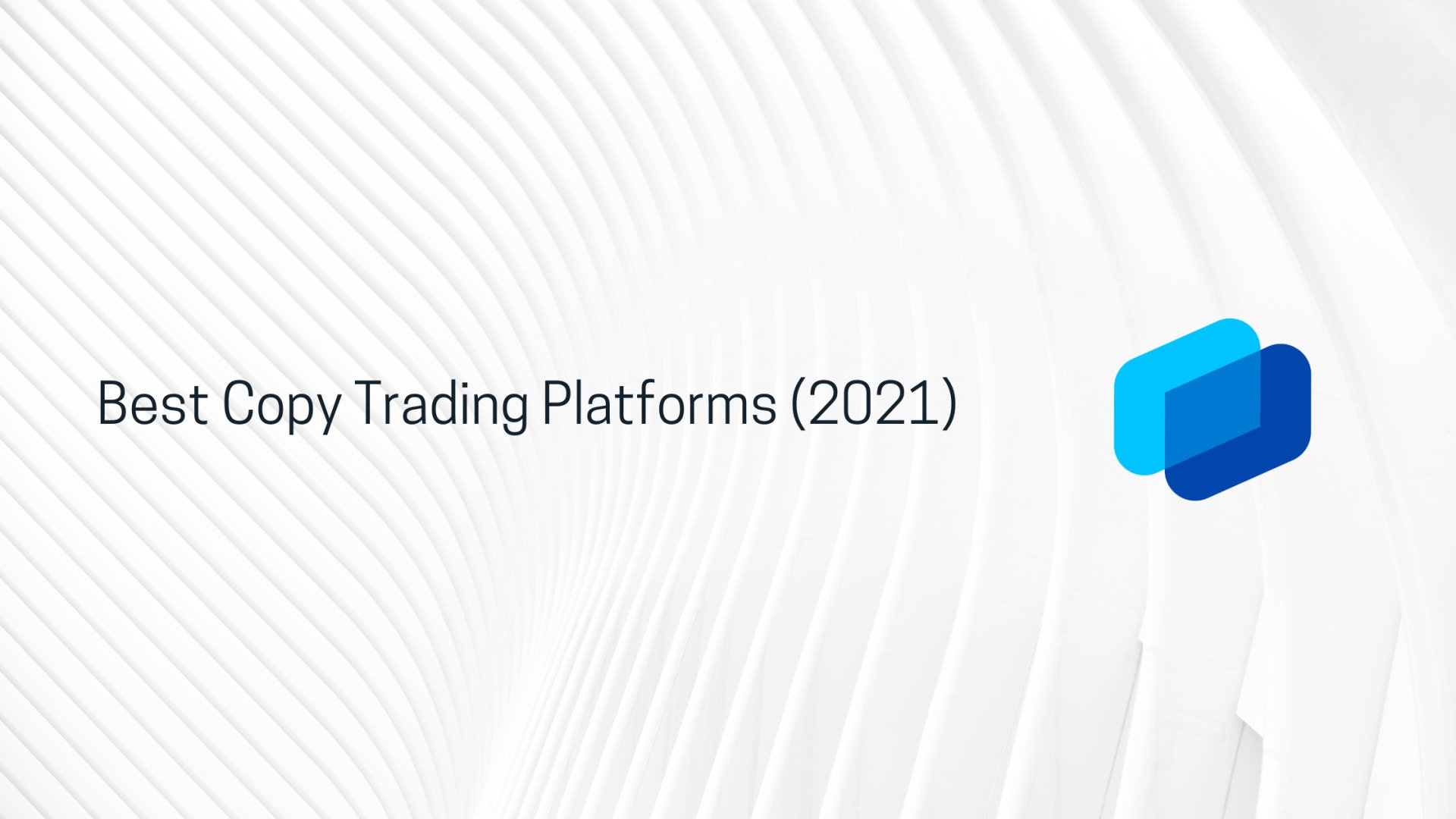 22 Dec, 2020 •
Cryptocurrencies are highly volatile digital assets. The daily highs and lows are far greater in intensity than any other tradable asset. This creates an opportunity for people to capitalize on the gains and mitigate their losses on value shedding. One of the most notable products is Copy trade. It involves mimicking the trading strategy or moves of another trader. However, in the past, when an investor wants to copy the strategies from other traders, they have to find a signal provider from different trading communities, and then go on a trading platform to trade. Nowadays, many trading platforms have integrated the copy trade function into their products and services, which allows most investors copy other traders in a more convenient way. Currently, the trading platforms in the market, eToro, ZuluTrade, and Bityard all have launched copy trade system. eToro e ﻿ Toro is a well-known trading platform which provides Forex trading, Stocks trading, Commodities trading, Indices trading, Cryptocurrency trading, CFDs reading, Index Based Funds trading, and Exchange Traded Funds (ETF) trading services. It is also a famous platform with distinguished social trading service, and is compliant with regulations under the supervisions of the Financial Conduct Authority (FCA), Cyprus Securities and Exchange Commission (CySEC), Markets in Financial Instruments Directive (MiFID), Australian Securities and Investments Commission (ASIC). 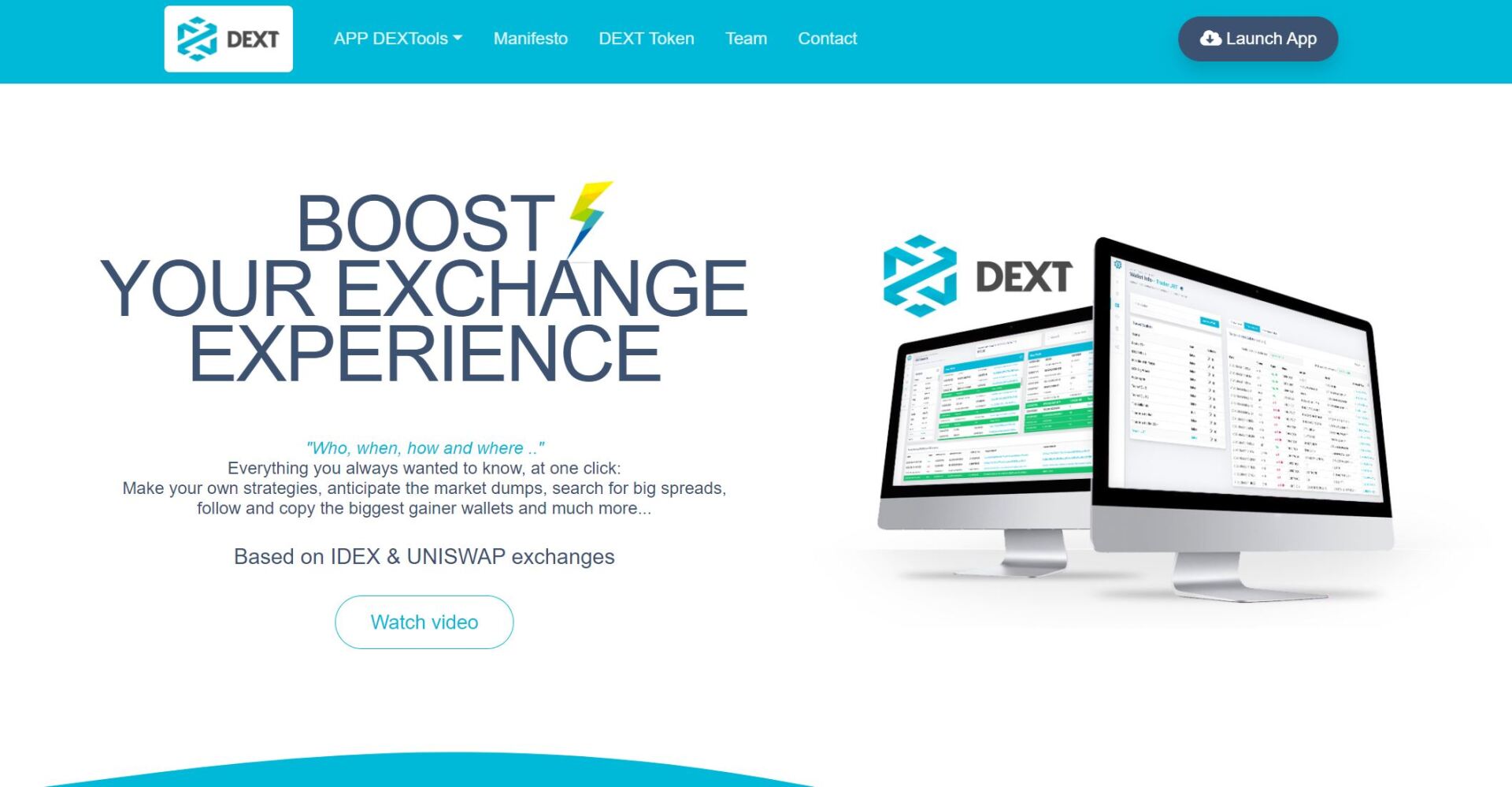 By Adam Robertson • 22 Dec, 2020 •
The crypto sphere is teaming with market analysis tools. Not even one tool can claim to be perfect. However, some show higher levels of utility compared to their competition. DEXTools is one those platforms. It is a trading assistant positioning itself as the industrial standard and central hub for DeFi trading. In this article, we take a look at its functions showing why it is the must-have tool for any serious investor.
Show More

Sign up and stay up-to-date about what's happening at our site.
Thank you for contacting us.We will get back to you as soon as possible
Oops, there was an error sending your message.Please try again later 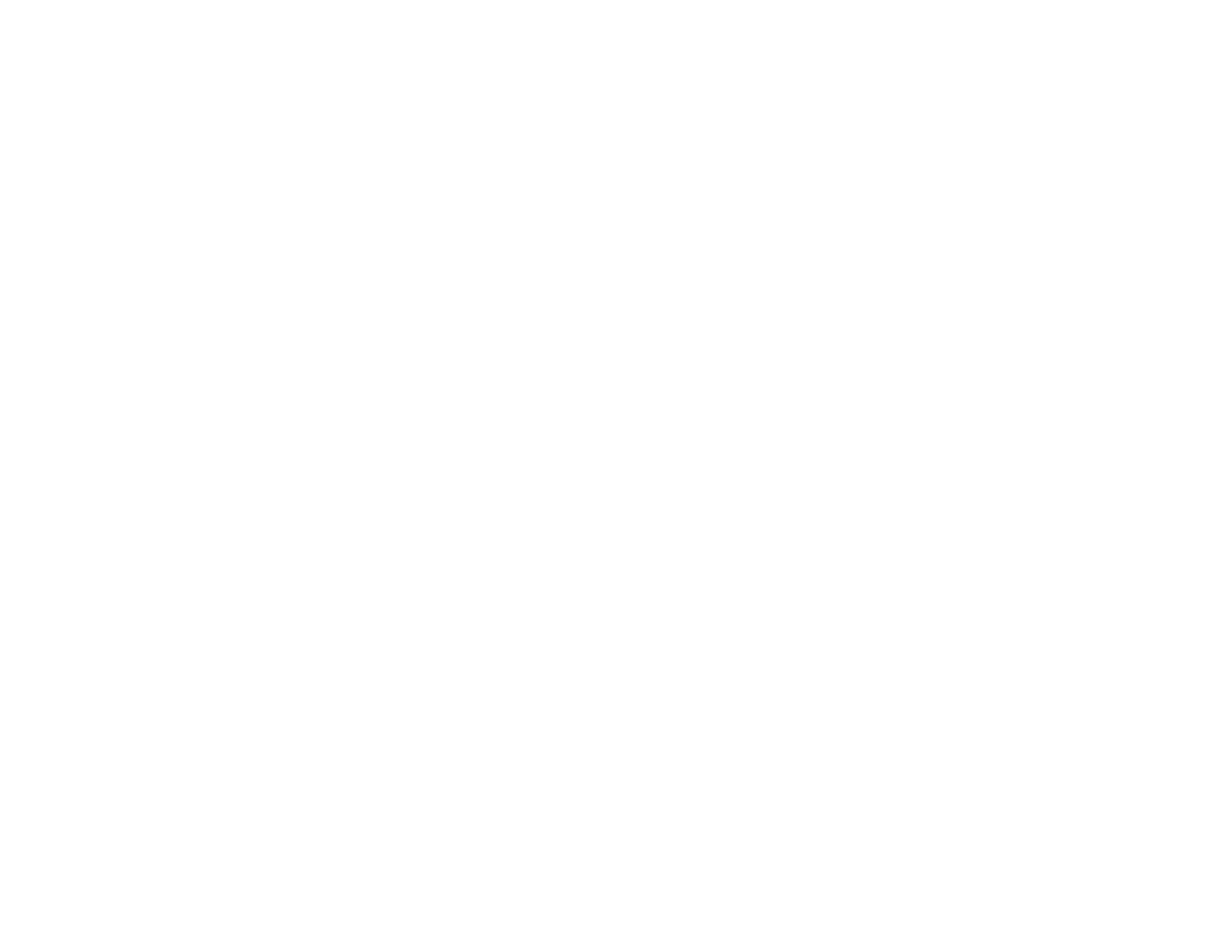 Get in touch with us via social media platforms!

Thank you for contacting us.We will get back to you as soon as possible
Oops, there was an error sending your message.Please try again later
IMPORTANT DISCLAIMER: All content provided herein our website, hyperlinked sites, associated applications, forums, posts, social media accounts and other platforms or websites, is for your general information only, procured from third party sources. We make no warranties of any kind in relation to our content, including but not limited to accuracy and updates. No part of the content that we provide constitutes financial advice, legal advice or any other form of advice meant for your specific reliance for any purpose. Any use or reliance on our content is solely at your own risk and discretion. You should conduct your own research, review, analyze and verify our content before relying on them. Trading is a highly risky activity that can lead to major losses, please therefore consult your financial advisor before making any decision. No content on our Site is meant to be a solicitation or offer.
Share by: